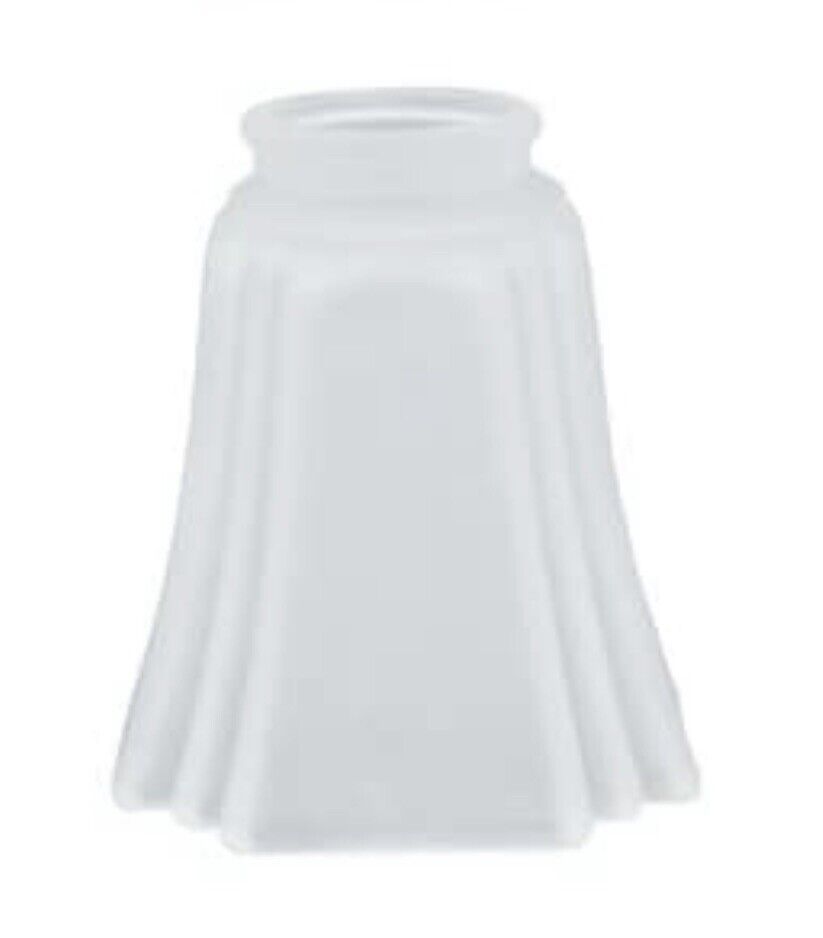 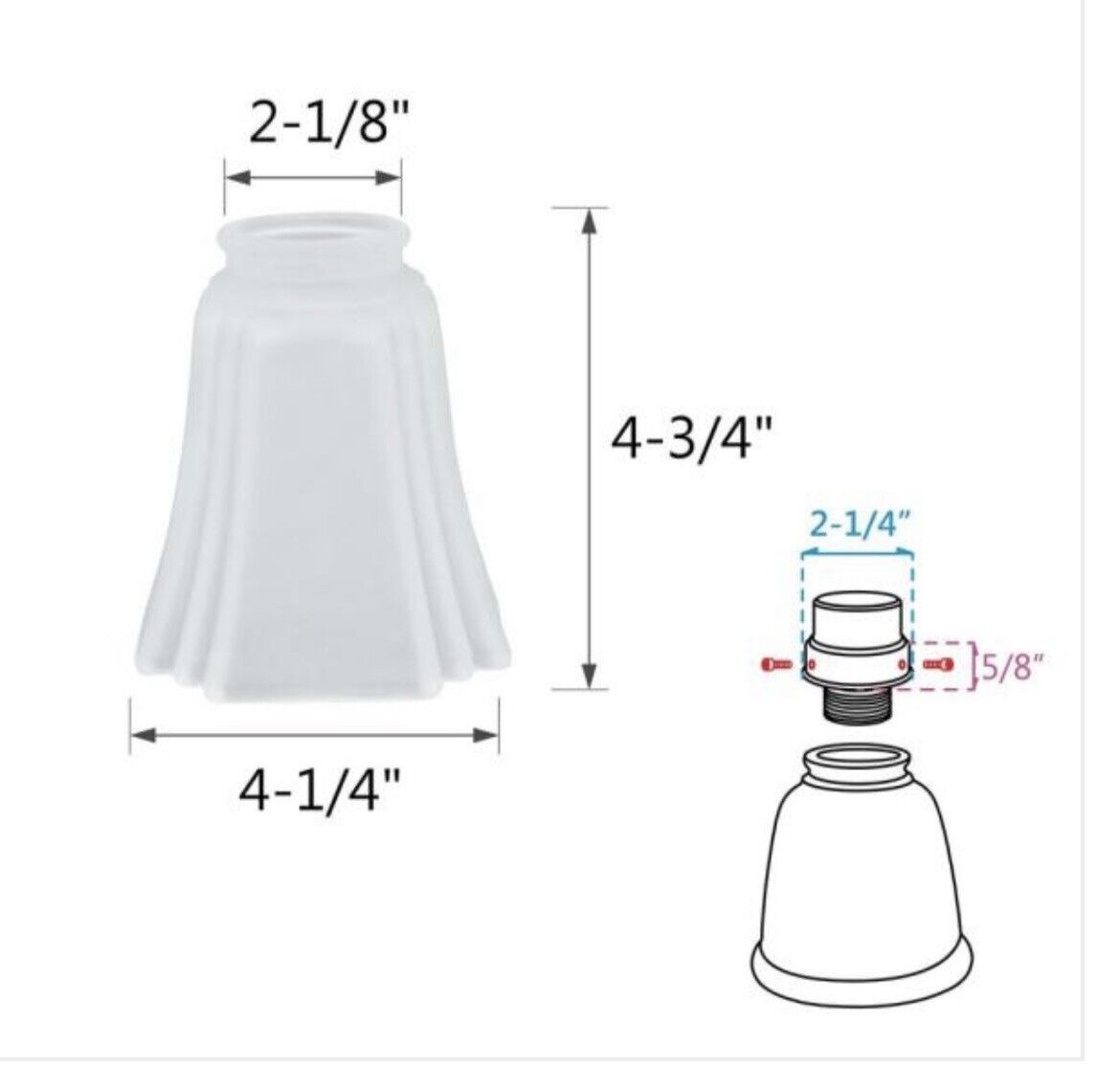 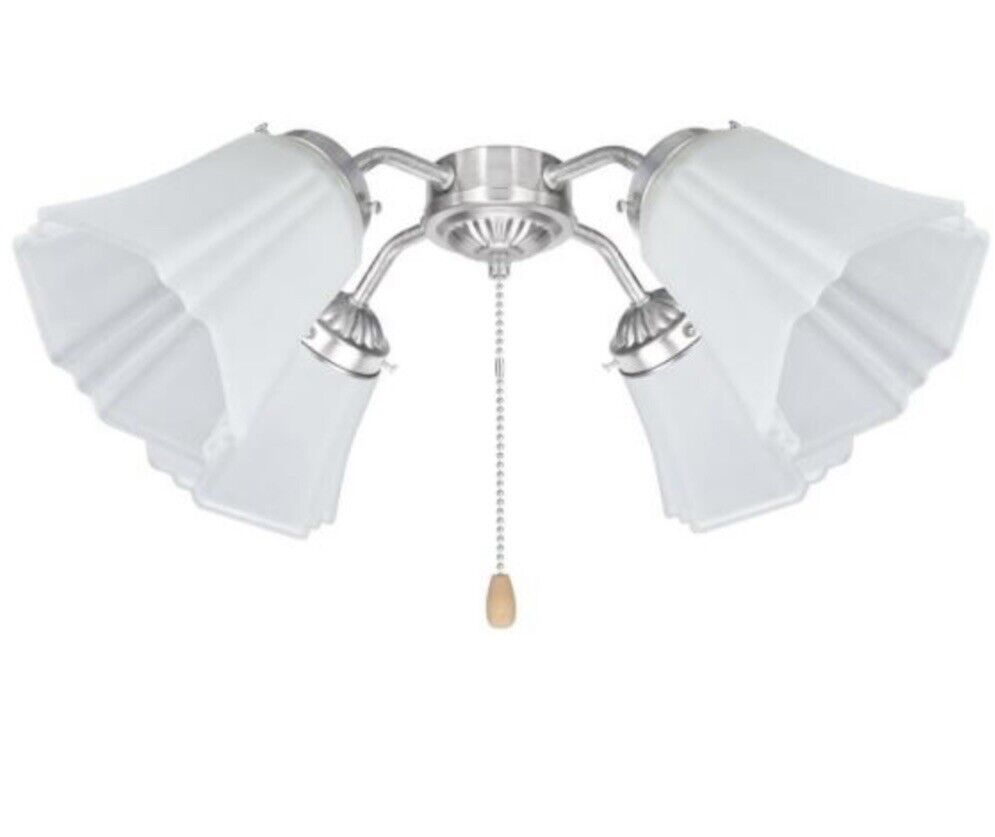 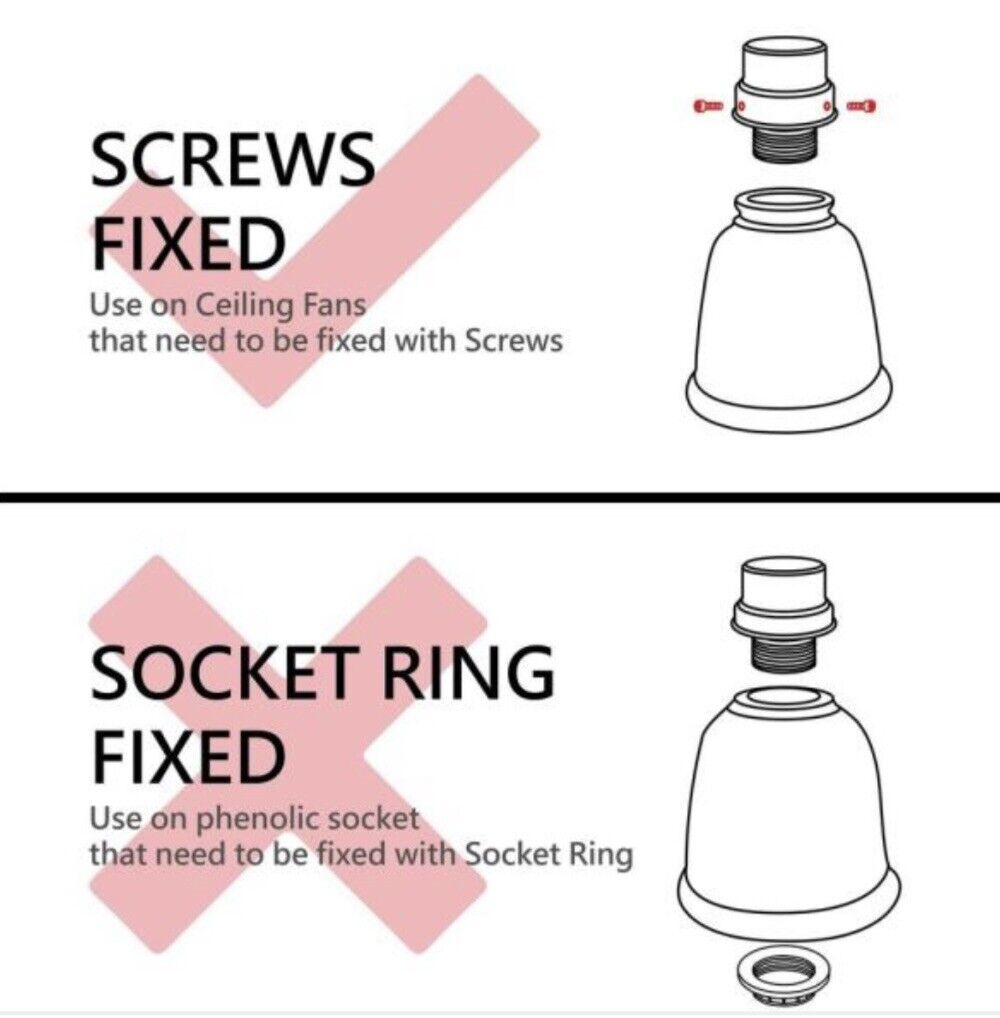 Viral Critique is the title of the short and intense book by Andityas Soares de Moura Costa Matos & Francis García Collado, published in English in February 2022 by Counterpress. This is one of those books whose strength is inverse to its size. It stabs and wounds us, as books worth reading do. Franz Kafka wrote in a letter to his friend Oskar Pollak that “we need the books that affect us like a disaster, that grieve us deeply, like the death of someone we loved more than ourselves (...) A book must be the axe for the frozen sea inside us”[1]. Viral Critique is like that axe that cuts through the apathy of a political philosophy and critical theory addicted to the repetition of the same interpretative schemes of the world. It summons us to amazement in the face of the new. It is not about thinking about philosophy, but about living it in our bodies and with intensity. As the authors attest, this book was not only written but lived.[2] Speaking a little of its...

END_OF_DOCUMENT_TOKEN_TO_BE_REPLACED

A Short History of Just War

Roman Priest (Louvre Museum, Public domain, via Wikimedia Commons) Reading British newspapers' commentary on the Ukraine war gives a sense of deja vue. We have a return of the ‘West’, of the ‘Free World’, of the exreme demonisation of the opponent. Commentators are...

END_OF_DOCUMENT_TOKEN_TO_BE_REPLACED

Life on Nettle Farm was not easy. Patrick Arkey was a less than sensitive human farm owner. Still, the animals had tended to stick together, to find common cause in the face of their daily grind. Of course, there were gripes. The pigs sometimes felt their feed was...

END_OF_DOCUMENT_TOKEN_TO_BE_REPLACED

Statement on the war in Ukraine

By NOMOS: CENTRE FOR INTERNATIONAL RESEARCH ON LAW, CULTURE AND POWER On February 24, 2022, Russia has begun waging war on Ukraine. Fighting is taking place all over Ukraine, civilians are being killed or forced to flee their homes. In just seven days about 800.000...

END_OF_DOCUMENT_TOKEN_TO_BE_REPLACED

The work of art as power and destruction

Excerpt from the novel " Gabriel’s Horn" (Sanín-Restrepo, Ricardo. 2020, Uniediciones, Colombia) Well then, I also want to address the subject of the immortality of art as a religious, mercantilist and mediocre idea. My...

How did we get here?

Ukraine’s sovereignty cannot be questioned. The invasion of Ukraine is illegal and must be condemned. The mobilization of civilians ordered by the Ukrainian president can be read as a desperate act, but it does suggest that a guerrilla war looms in the future. Putin...

END_OF_DOCUMENT_TOKEN_TO_BE_REPLACED

How the British Museum Changed its Story About the Gweagal Shield

When Lieutenant James Cook landed, uninvited, onto the continent now known as Australia, he began a colossal theft. The British colonial project initiated by his landing not only involved the mass theft of Aboriginal land, but also of sacred Aboriginal objects made...

END_OF_DOCUMENT_TOKEN_TO_BE_REPLACED

Storytelling Round the Circle of Life & Death

Copyright: Sakaba Storytelling, confession, and bearing witness, circulates and is encircled by life and death. The promise of life, knowledge, truth, is always under the threat of death, fiction, forgetfulness. These conditions do not stand in opposition to one...

Lessons from the general elections in Portugal

The results of the 30 January general elections in Portugal, with the Socialist Party (PS) winning an absolute majority, came as a surprise. Portugal will now be the only European country ruled by a government based on the absolute parliamentary majority of a single...

END_OF_DOCUMENT_TOKEN_TO_BE_REPLACED

On Capitalism as Civilisation: A Response

“Ever tried. Ever failed. No matter. Try again. Fail again. Fail better.” Samuel Beckett  (1983)  Martin Hägglund’s This Life: Secular Faith and Spiritual Freedom grounds its critique of capitalism on a secular admission of our lives’ finite...

END_OF_DOCUMENT_TOKEN_TO_BE_REPLACED

On Capitalism as Civilisation

Ntina Tzouvala’s book titled Capitalism as Civilization makes me angry. As lawyers, we rarely speak about emotions that legal and scholarly texts, legal histories and experiences provoke in us so permit me to explain myself. Amia Srinivasan discusses two...

END_OF_DOCUMENT_TOKEN_TO_BE_REPLACED

On Capitalism as Civilisation: Going Back (and Forth) to International Law

In a reply to a symposium in the European Journal of Legal Studies on her monograph Capitalism as Civilisation, Ntina Tzouvala gives a set of examples of the effect of critique, which she glosses as making the familiar strange. One of those examples is literary:...

END_OF_DOCUMENT_TOKEN_TO_BE_REPLACED

In Memory of Alan Hunt

in memory of alan hunt I never had the pleasure of meeting Alan Hunt, though I suppose that is hardly a necessary condition to be influenced by someone’s work. Alan’s constitutive theory of law formed and continues to form a cornerstone of how I think about law and...

END_OF_DOCUMENT_TOKEN_TO_BE_REPLACED

Umut Özsu a reminder I was never able to meet Alan Hunt. My relation to him is mediated in a double sense—first, in that my only points of entry into his unique and impressive world are through his many and varied writings; second, in that I happen to teach in the...

END_OF_DOCUMENT_TOKEN_TO_BE_REPLACED

alan hunt, intellectual, academic, radical I met Alan in the summer of 1979 at the Communist University in London. The University, partly Alan’s idea, was a week-long series of lessons organised around the main academic disciplines. I was carrying out my doctoral...

alan hunt Alan Hunt passed away on Wednesday 8 December 2021. He was at home with his partner Ros in Ottawa, Canada.  Many had complicated relations with Alan, but he was no doubt a towering figure in the Department of Law and Legal Studies and at Carleton, as well as...

END_OF_DOCUMENT_TOKEN_TO_BE_REPLACED

There is a clear discomfort among international activists and commentators who follow the United Nations, as well as among former UN senior officials and special rapporteurs, with the organization’s growing irrelevance as the world is faced with increasingly complex...

END_OF_DOCUMENT_TOKEN_TO_BE_REPLACED

The Politics of Erection

“Homo homini lupus” or “a man is a wolf to another man” has historically been one of the most popular dicta used in political philosophy to denote the hypothetical primal condition of human societies and justify their need for submission to a sovereign authority. In...

For early Christians, celebrations of birth were broadly viewed as sinful. With the death and resurrection of Jesus at the center of the early message, and with Jesus expected to return at any moment, early Christians recorded the dates of their deaths but not the...

END_OF_DOCUMENT_TOKEN_TO_BE_REPLACED

To bell hooks & not being happy till we are all free

On the death of bell hooks, Dr Folúkẹ́ Adébísí published the following essay on her blog African Skies. We republish it here with her kind permission. I am writing this at the end of a tiring academic term, staving off burnout from overwork and the trepidation that...

Locke, Leibniz and the State Space

No Future: Punk Against the Boredom of the Law

The Europe to come

Translating Dark into Bright: Diary of a Post Critical Year

by André Dao and Danish Sheikh

OVER A DECADE OF ARCHIVES

On Colonial Universality and other Legal Prerogatives: Reflections on Peter Fitzpatrick’s The Mythology of Modern Law

Against Agamben: Is a Democratic Biopolitics Possible?

Giorgio Agamben’s recent intervention which characterizes the measures implemented in response to the Covid-19 pandemic as an exercise in the biopolitics of the ‘state of exception’ has sparked an important debate on how to think of biopolitics. The very...
Read More

Law, Reading, and Power: The ‘S’ Joke, Why You Find it Funny and Why I Don’t (with Reply)

A guy walks into a bakery known for making fancy cakes. He says, “I’d like to have a cake shaped like the letter S.” The baker says he can do it, but the cake will be expensive. The man confirms that price is no object. The baker tells him to come back after three...
Read More

Law is a Fugue

BWV 895 Law is, metaphorically speaking, a fugue.Desmond Manderson has previously deployed the fugue metaphor to describe the mode with which he would present the aesthetic dimensions of law and justice. Here I am intensifying the metaphor in direct relation to...
Read More

Key Concept Img: Annie Vought | annievought.com Deconstruction by its very nature defies institutionalization in an authoritative definition. The concept was first outlined by Derrida in Of Grammatology where he explored the interplay between language and the...
Read More

The Cupcake as Object The cupcake is barely a cake. When we think about what “the cake-like” ideal should be, it is something spongy, moist, characterized by excess, collapsing under its own weight of gooey jam, meringue, and cream. It is something sickly and wet that...
Read More

In her recent piece in Comment is Free, "How feminism became capitalism's handmaiden - and how to reclaim it” Nancy Fraser draws on her own work in political theory to argue that feminism at best has been co-opted by neoliberalism and at worst has been a...
Read More

Decolonizing the Teaching of Human Rights?

According to the new Bolivian constitution, education is "one of the most important functions and primary financial responsibilities of the State”; it is “unitary, public, universal, democratic, participatory, communitarian, decolonizing and of quality” (art. 78, I);...
SP1 Upper Lh A-Arm for Polaris SM-08672L

#ACCELERATE MANIFESTO for an Accelerationist Politics

01. INTRODUCTION: On the Conjuncture 1. At the beginning of the second decade of the Twenty-First Century, global civilization faces a new breed of cataclysm. These coming apocalypses ridicule the norms and organisational structures of the politics which were forged...
Read More

Coughing out the Law: Perversity and Sociality around an Eating Table

It was lunchtime at Sydney’s David Jones, Australia’s up-market department store chain. So I headed down to the ‘food floor’. Whenever I have to shop at DJs I try to make sure I go there around midday, precisely so I can go down to the food floor and order the...
Read More

Palestinian Resistance: The Political, Social and Human Right of Self-Defense

Once again the bombs are falling on the Gaza Strip, a stretch of territory excised from Palestine proper as a result of continuing illegal and illegitimate actions by Israel. In fact, Gaza has become a closed ghetto, first cut off from Palestine in violation of the...
Read More

Punk, Law, Resistance … “I have set my affair on nothing”

1. I, Punk In 1977 I was sixteen. Everything I have to say about punk is coloured by that fact, because sixteen was precisely the right age to be if punk was going to have a decisive impact on you. Because punk was not about your social class, gender or race, it was...
Read More

Anonymous & the Discourse of Human Rights

In the last months, we have seen the emergence of ‘Anonymous’. In particular, in the days after the widespread attack on Wikileaks (following their publication of leaked US diplomatic memos) they emerged with a fairly credible threat to take down major global internet...
Read More

Over the last two hundred years, the theory of right, now known as normative jurisprudence, has discovered its vocation in a frantic attempt to legitimise the exercise of power. It carries out this task by declaring that law and power are external to each other...
Read More